Our short trip to Waterford was a nice ride, we had one lock to go through in Troy.  We went through Albany and Rensselaer counties.  The air temperature was great today, I have really enjoyed my time on the Hudson River Valley.  The sights and people have been exceptionally nice.   Waterford is the beginning of the Erie Canal, it’s a friendly town with lots of history.  The Erie Canal is part of the east-west, cross-state route of the New York State Canal System (formerly known as the New York State Barge Canal).  Originally, it ran about 363 miles from Albany, on the Hudson River, to Buffalo, at Lake Erie. It was built to create a navigable water route from New York City and the Atlantic Ocean to the Great Lakes.  First proposed in 1807, its construction began in 1817.  It was dug by hand, and engineers said it couldn’t be done.  There were no engineers involved in the construction of the early canal.  The canal has 36 Locks and an elevation differential of about 565 feet. It opened on October 26, 1825.

In a time when bulk goods were limited to pack animals, and there were no railways, water was the most cost-effective way to ship bulk goods. The canal was the first transportation system between the eastern seaboard and the western interior of the United States.  It was faster than carts pulled by animals, and cut transport costs (over 95% some say)  The canal fostered a population surge in western New York and opened regions farther west to settlement. It was enlarged between 1834 and 1862. The canal’s peak year was 1855, when 33,000 commercial shipments took place.  I am looking forward to learning more about the Erie and sharing what I find. 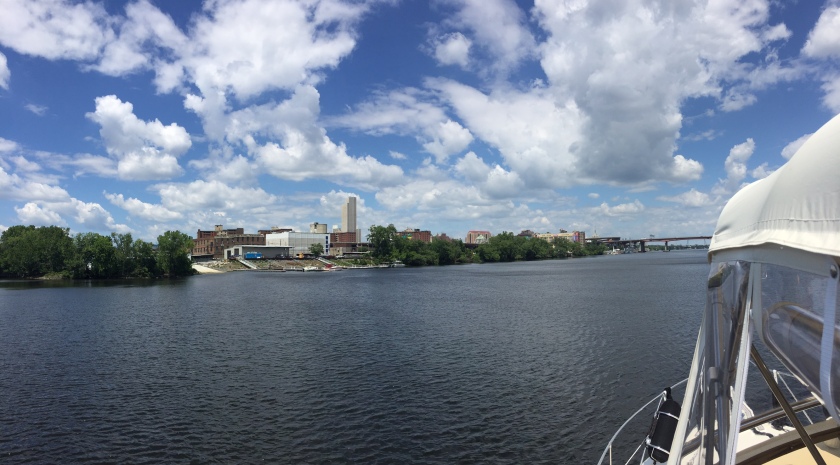 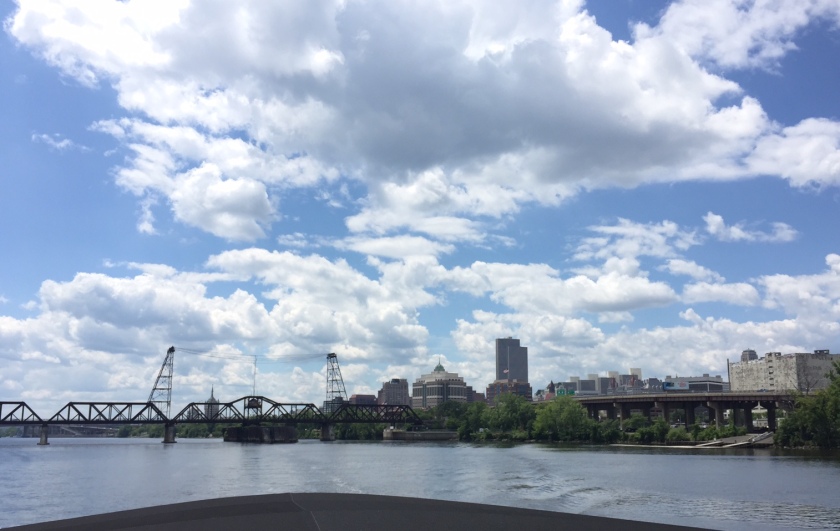 Above, passing through Albany 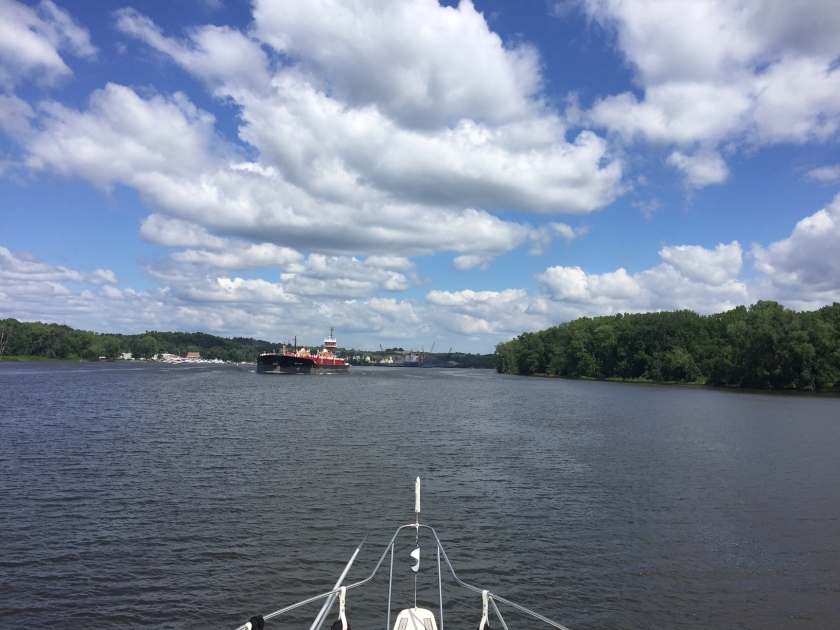 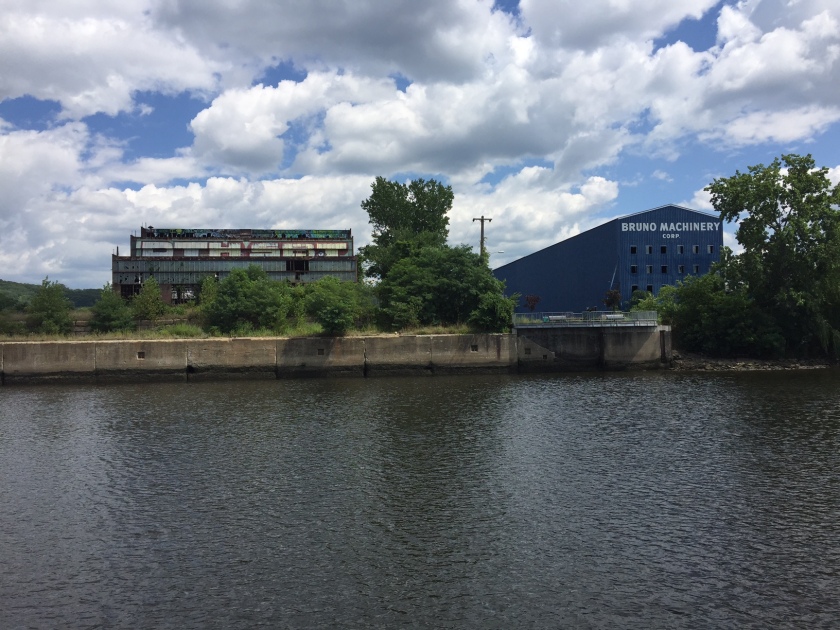 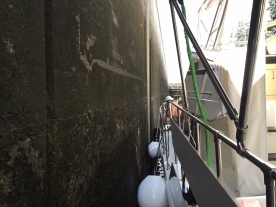 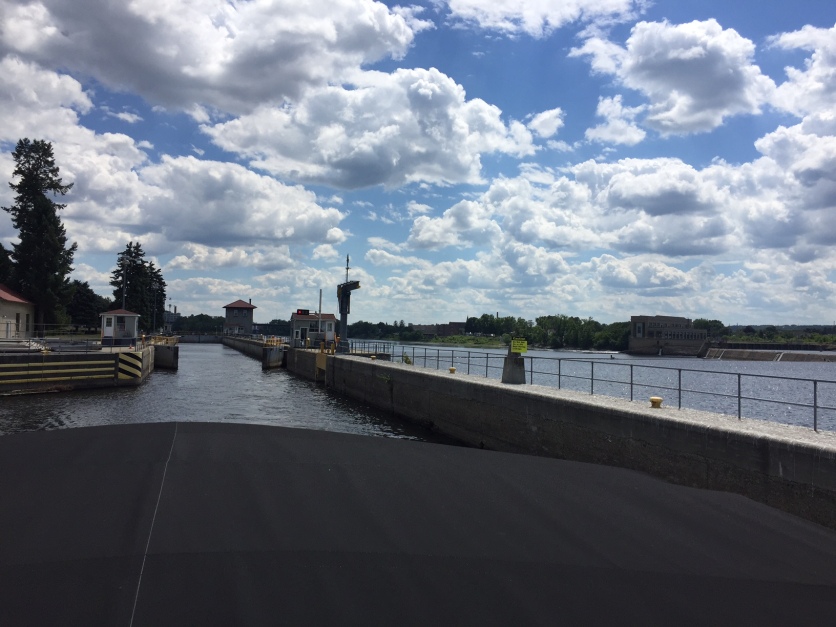 Docked at Waterford Harbor Docks, on the Erie max air draft you can have is 20′ so you can see how the sailboat mast is de-masted.  This is a great stop, the slip is free and power is only 10$.  Yes free slips, that isn’t a type-o. 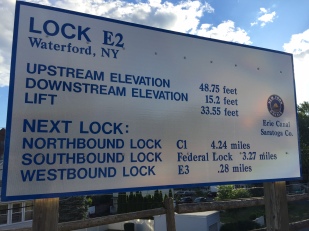 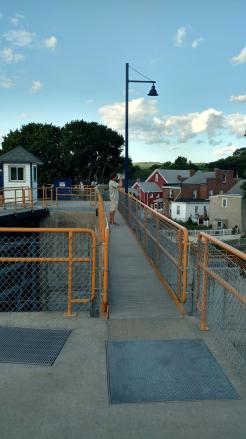 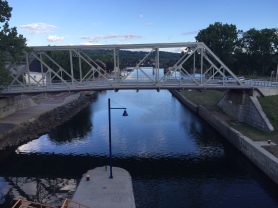 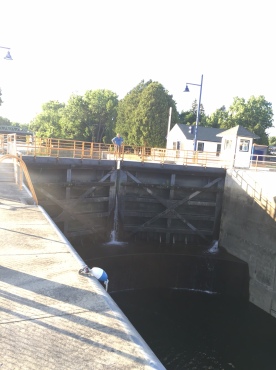 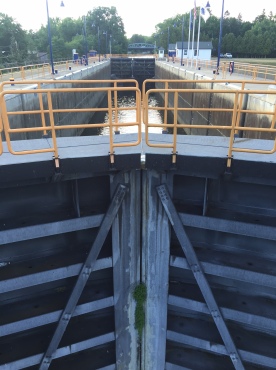 3 thoughts on “25 miles to Waterford”