Todays cruise was beautiful, I was so happy to be leaving Charleston City Marina.  We took the south channel down Ashley river to the ICW and headed north.  We passed Isle of Palms and Pine Island, this part of the ICW is man-made and more straight than the last couple hundred miles I have done.  60 miles in this area really looks far on a map because the ICW is so straight and we covered a lot of land.  As soon as we hit statute mile 420 with 5 miles left we were in Four Mile Creek Canal, this cut runs between Six Mile Creek and Pleasant Creek.  At this point I could see a huge weather front making its way to us, the radar was scanning and we could see it as it came upon us.  The front was moving SE at 40 mph with 60mph gusts rain and some hail.  Once the storm hit the warm water it exploded with water spouts that only lasted a few seconds.

The beginning of the ride was beautiful, you can see Ft. Sumter in the distance. 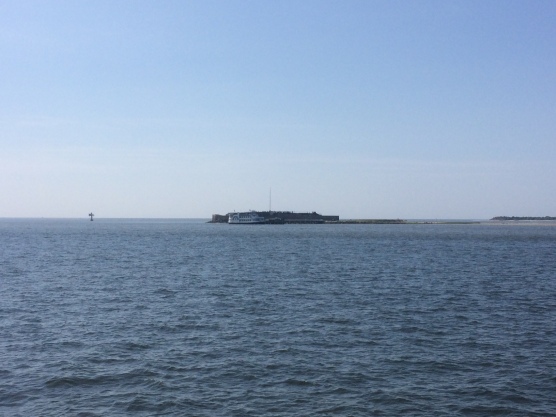 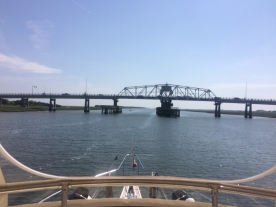 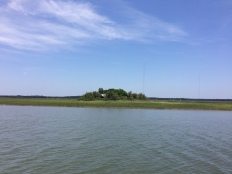 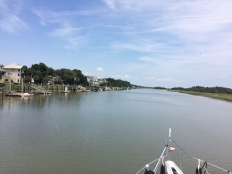 Part way through the front

I was watching this storm come across the miles of marsh, it was moving very fast pushing a lot of water and debris our way.  It was almost like a scene out of the movie Twister.  We hurried and zipped up my enclosure.  I kept the boat in gear just slowly going north to south, this canal was short only 2 miles long by 200′ across.  When the strong gusts hit us the boat healed over pretty good but nothing to worry about.  I kept the engines in gear and with her keel Pura Vida pushed straight through the canal.  We had at least 60mph gusts, I’ve never been in such a confined space in this heavy of weather.  Luckily my boat is strong and the canal kept us safe during the blow that lasted about 30 min.  About 8 jet skis and a 34′ Sailboat were in this cut with us during this storm, I’m not sure what the jet skiers were doing out but they were getting nailed by rain and wind.  They took off before the storm ended, I felt bad for them being so exposed to the elements.  One even tried to ride along side my boat and use Pura Vida as his shield following on the lee ward side of us.  This wasn’t a safe spot for the jet skier to stay.  The sailboat was crossing Six Mile Creek when the storm started really getting bad, he had probably 3′ waves hitting his starboard beam.  And such a hard east wind his mast was at quite an angle.

This was a good experience, and I am glad we chose to run inside this day.  At our anchorage we met two nice fellows one of whom was Captain Kai Hansen, a well-known sea farer.   His wife paints all the murals inside the Bass Pro Shops all over the country.  He was taking his newly purchased boat back up to Liverpool PA.  They had been traveling in the Atlantic from Key West for the last 4 days.  They came inside the ICW today and got caught in the wind and weather I did and ended up nosing the boat into the marsh.  You are so exposed driving a sailboat.  I’m so thankful to have my friends with me, they were able to secure things during the blow and help keep me calm.  We only lost 1 flag and some life jackets out of the dingy.  My canvas enclosure sustained slight damage, but nothing that can’t be fixed.  Im so blessed that we were taken care of in this situation.  I thank God and Mother Nature, for keeping Pura Vida safe in these ever-changing waters, that we love to roam every day,  What could be better!

We anchored in a great spot called Minim Creek at MM 410 about 7 miles south of Georgetown.  This was a great spot to spent the night. 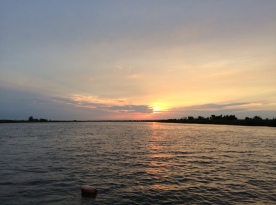 We explored a old fire tower but got so badly attacked by mosquitoes and horse flys we had to leave.  Tyler and his girlfriend Rebecca were running after being bit in this picture 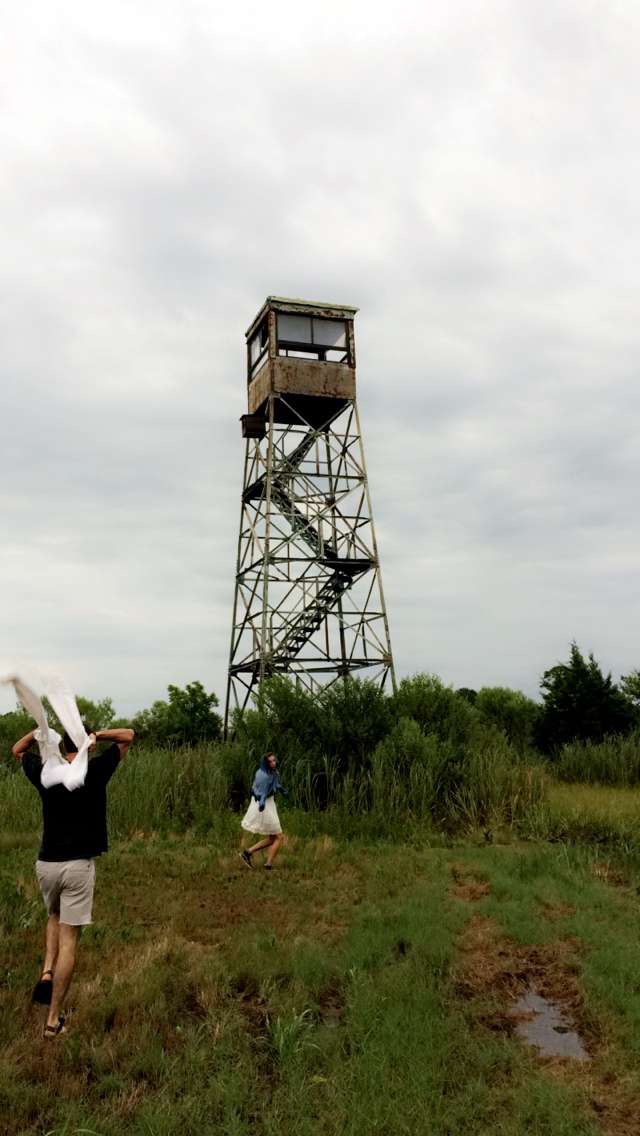 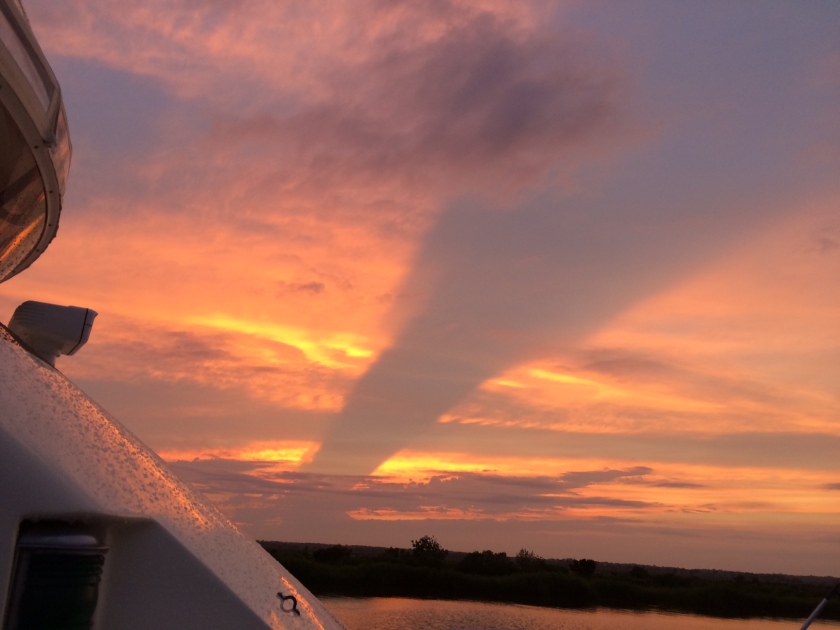